“I’m proud to endorse principled constitutional conservative Cynthia Lummis for U.S. Senate from Wyoming. Cynthia will prioritize American security, workers & the rights of the unborn. I look forward to working alongside Cynthia to Keep America Great with President Donald Trump.”

– David Bossie, President and Chairman of the Board, Citizens United

Citizens United is an organization dedicated to restoring our government to citizens' control. Through a combination of education, advocacy, and grass roots organization, Citizens United seeks to reassert the traditional American values of limited government, freedom of enterprise, strong families, and national sovereignty and security. Citizens United's goal is to restore the founding fathers' vision of a free nation, guided by the honesty, common sense, and good will of its citizens. 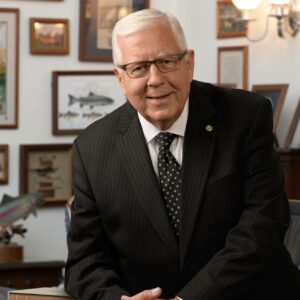 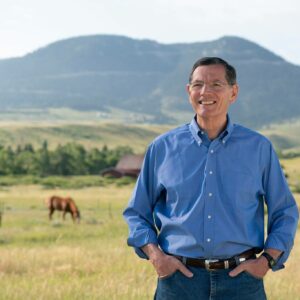 “I served in the Wyoming House of Representatives with Cynthia Lummis. She was effective. I served in the Wyoming Senate with her. She was a leader and a successful legislator. When I came to the U.S. Senate, she became a world renowned State Treasurer, another area of expertise. Then she successfully ran for our lone seat in Congress. She was a formidable campaigner. She did a spectacular job for eight years and founded the Western Caucus that gave us the clout to preserve Wyoming’s Abandoned Mine Land (AML) money and much more. She is a uniter we need. Cynthia will put Wyoming first and be a force to be reckoned with in Washington. That’s why I am proud to wholeheartedly endorse Cynthia in the race for U.S. Senate. Diana and I look forward to doing all that we can to support her election.”

“Now, more than ever, Wyoming needs a gritty champion for our conservative values. Filling Mike’s shoes is no small task, and taking on Washington’s big spenders and bigger government will require someone that has proven they can do it and win. Bobbi and I support Cynthia because she is all these things. I know Cynthia will stand side by side with me in support of President Trump and for policies that are right for Wyoming. I will work for her, vote for her, and fight alongside her.”

"Cynthia Lummis courageously represented the state of Wyoming in the U.S. House for three terms, and now we need her strong voice in the U.S. Senate. Cynthia is a no-nonsense conservative who understands what it means to work hard, stand for what is right, and serve with integrity. CWALAC looks forward to welcoming her back to Washington, bringing the voice and values of hard-working Americans with her." 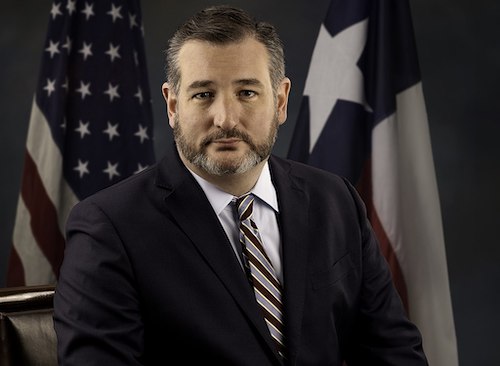 “Cynthia Lummis is a strong leader. As a founding member of the House Freedom Caucus she fought to reduce wasteful Washington spending, adhere to the Constitution and defend the conservative values we hold dear. She made Wyoming proud in the House of Representatives and she will do the same in the Senate. I am proud to endorse her for the United States Senate.” – Senator Ted Cruz 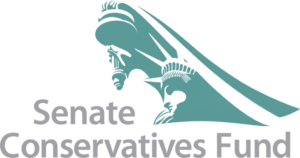 “We need conservatives in Wyoming and across the nation to come together to support Cynthia Lummis in this race so we can put a principled fighter in the U.S. Senate. Lummis will not only be a consistent vote for conservative judges and lower taxes, but she will also be a compelling voice for fiscal responsibility, economic freedom, and human life.

“And as one of the founders of the House Freedom Caucus, she's shown that she's willing to stand up for our principles even when her party's leaders are not.” 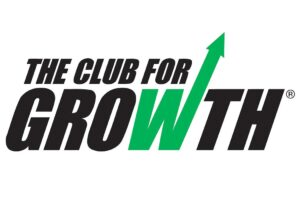 “Cynthia Lummis is a principled, pro-growth conservative who is a staunch advocate for limited government, liberty, and economic freedom. She is a proven fighter against the Washington Establishment, and we will spend millions to support her candidacy to become the next Senator from Wyoming.”

“As a former member of Congress for Wyoming’s at-large district, Cynthia Lummis has proven herself to be a strong conservative, proudly boasting a FreedomWorks Scorecard lifetime score of 87%. At the same time, Lummis is a known quantity in the Cowboy State where she has run numerous successful campaigns in the past.”

“Cynthia Lummis will bring constitutional principles to the U.S. Senate where she will continue to fight for small government, free markets, and individual freedom,” Wall continued. “FreedomWorks for America’s community of grassroots activists look forward to supporting Cynthia Lummis in this important 2020 election cycle.”

“As the only woman who was a founding member of the House Freedom Caucus, Cynthia Lummis served for eight years as an unwavering, principled conservative. A native of Wyoming, she is a mother and grandmother, who operates her family cattle ranches. She has fought to stop the government's infringement on our civil liberties, protect the unborn, stand up for our Second Amendment, and reduce wasteful government spending. Cynthia has stood by her principals, even when it meant bucking the moderate leadership of her own party.”

“Cynthia is held in high regard by the many member of the House Freedom Caucus who have worked with her. Right Women PAC is proud to endorse her for the US Senate.” 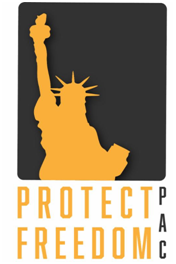 "Cynthia Lummis is a proven voice for limited government, lower taxes, and a renewed focus on individual freedom. In the House, she wasn't afraid to stand up to the leadership of her own party, and she presents a tremendous opportunity to add to the growing pro-liberty movement in the United States Senate. She is a proven statewide winner and a principled conservative." 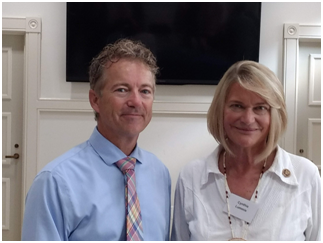 “Cynthia Lummis is the real deal. I need her in the Senate to help me advance legislation that puts freedom first, and prohibits our out-of-control government from infringing on our Constitutional liberties.” 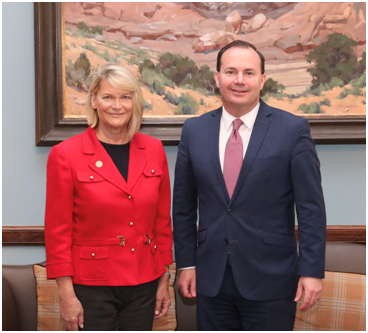 “At a time when Democrats and D.C. bureaucrats are doing everything in their power to obstruct President Trump's leadership and American prosperity, Cynthia's record in the House of simply getting things done is exactly the kind of no-nonsense voice I need fighting alongside me in the Senate.”

“My very dear friend, Cynthia Lummis, with whom I served in Congress between 2008 and 2015, is running for the United States Senate for Wyoming and today I'm proudly endorsing her candidacy!! … Cynthia is exactly what we need in Washington:She's a rock-solid conservative who we can trust to defend our conservative values from coastal elites. You'll never have to worry about her voting against Republican interests. She'll support the NRA and ensure our 2nd amendment rights are never trampled on. And most importantly – in my opinion – Cynthia will be an ardent defender of the unborn.” 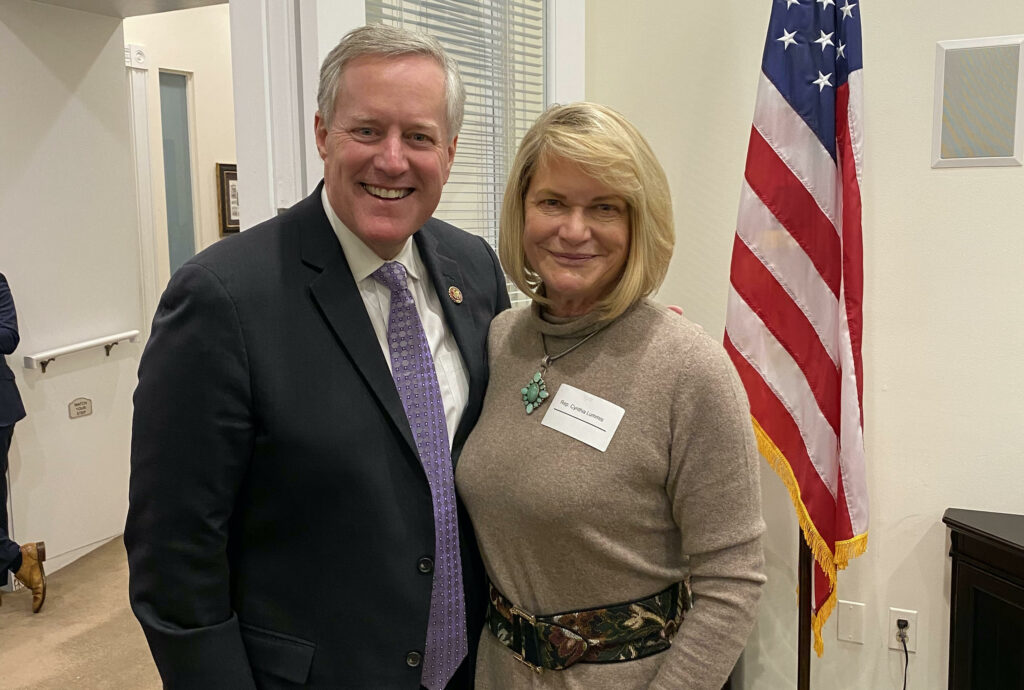 “You’d be hard-pressed to find a more rock-solid conservative willing and ready to serve the American people than Cynthia Lummis. As a fellow founding member of the House Freedom Caucus, Cynthia has proven time and again that she is a trusted voice on issues that matter most to conservatives. And more than that – I can tell you on good authority that in the Senate, Cynthia won’t be a show-horse, she’ll work hard every day (and late nights) to serve her state and the American people. That’s why I’m proud to endorse Cynthia for the U.S. Senate.” 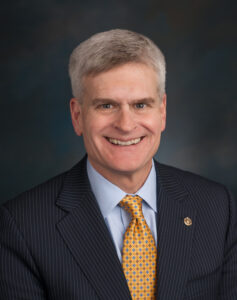 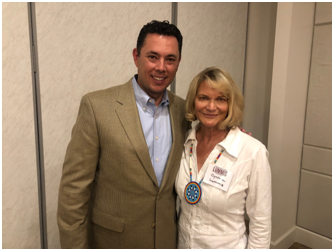 During Cynthia’s eight years in the U.S. House of Representatives, she earned:

Paid for by Lummis for Wyoming